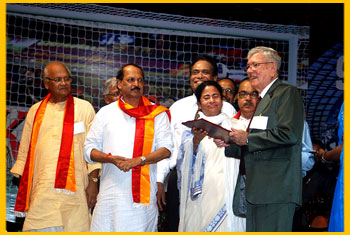 Legendary hockey player & Olympian Leslie Claudius. He is the only person in the world who have earned three consecutive golds and then a silver in any team game in the history of Olympics (1948 at London, 1952 at Helsinki, 1956 at Melbourne(all gold) and 1960 at Rome(silver). – 2011 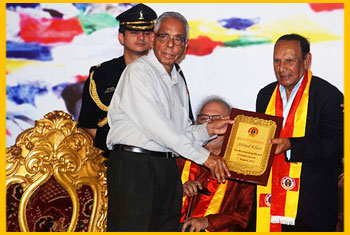 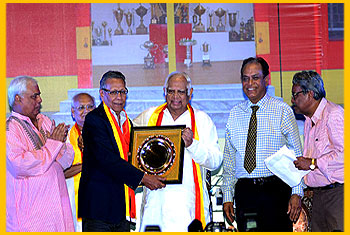 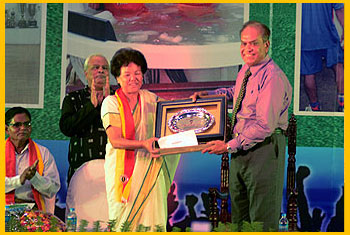 Mountaineer Bachendri Pal – the first Indian woman to climb to the summit of the Mount Everest in the year 1984. - 2014 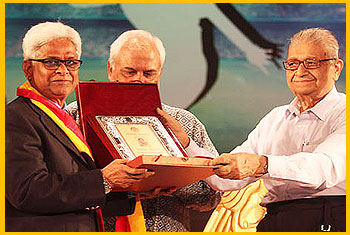 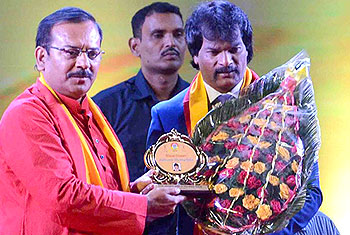 Padma Shri Dhanraj Pillay - He made his international debut in 1989 when he represented the nation at the Allwyn Asia Cup in New Delhi in 1989. He was awarded the Rajiv Gandhi Khel Ratna award for 1999-2000, besides the Padma Shri in 2000. The only Indian to play in four Summer Olympics, four World Hockey Cups and four Champions Trophies, he led the team to the Asian Games gold title in 2002. - 2017 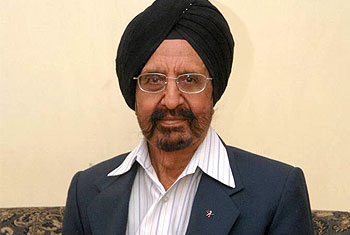 Arjuna Awardee & ex-India International Shri Gurbux Singh - is a former field hockey player from India who was a member of the India national field hockey team that won the gold medal at the 1964 Summer Olympics. He was the Joint Captain at the 1968 Mexico City Olympic Games where India won Bronze Medal and the Coach to the Indian team at the 1976 Montreal Olympic Games. For his outstanding contribution to the country in the field of sports, Gurbux was given the Arjuna Award in the year 1966. - 2018 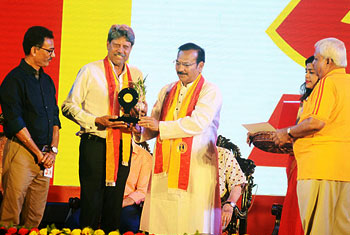 Padma Bhushan & Arjuna Awardee & ex-Indian Cricket Captain Shri Kapil Dev - is a former cricket all-rounder from India. Under his captaincy the Indian Cricket team won the first World Cup title in 1983. He was also the Wisden Cricketer of the Year in the year 1983. He is the only player in the history of cricket to have taken more than 400 wickets (434 wickets) and scored more than 5000 runs in Tests, making him one of the greatest all-rounders to have played the game. On 11 March 2010, Dev was inducted into the ICC Cricket Hall of Fame. - 2019