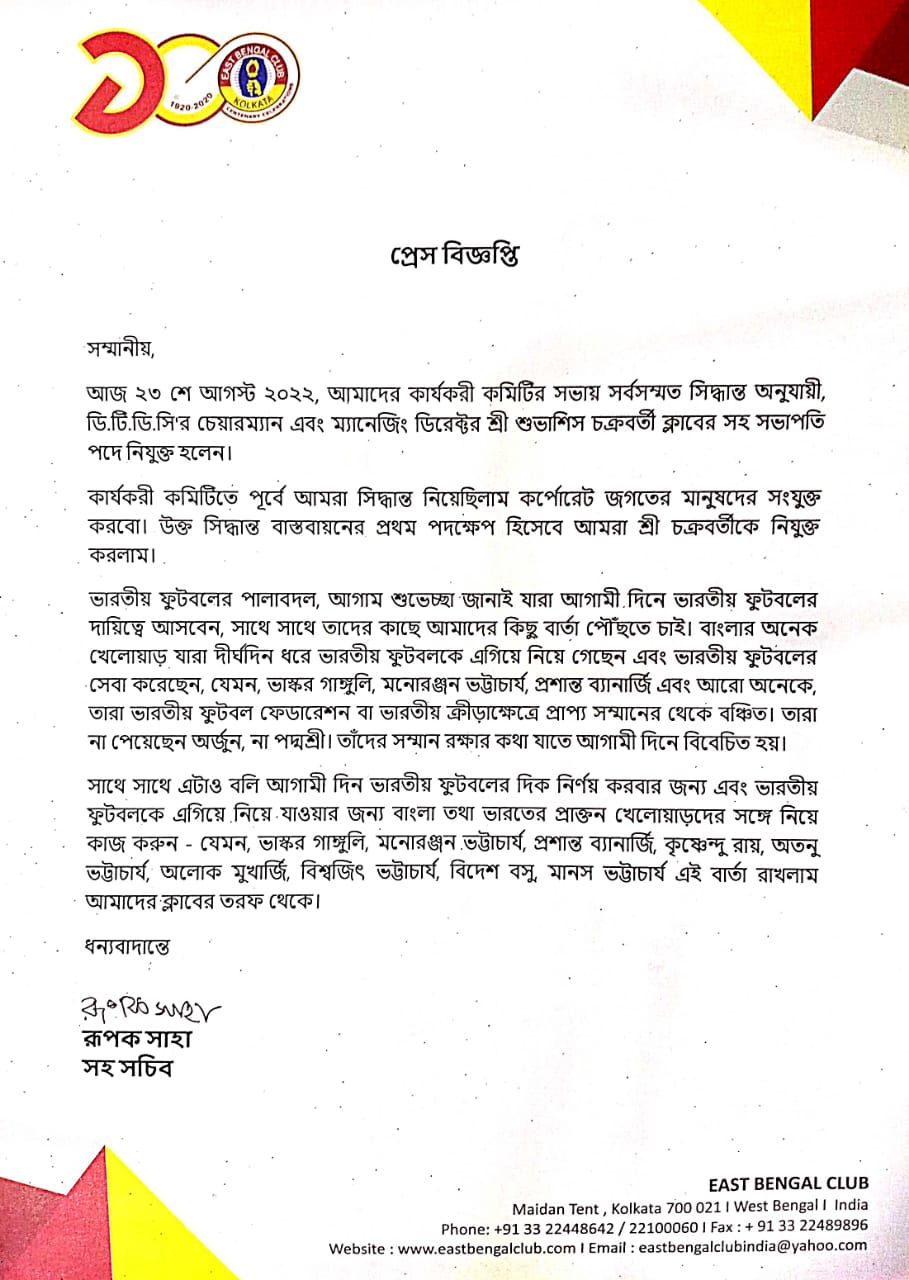 Today, on 23rd August 2022, as per unanimous decision in our Executive Committee meeting, DTDC Chairman & Managing Director Shri Subhashis Chakraborty has been appointed as the Vice President of the Club.

Earlier in the executive committee we decided to involve people from the corporate world. As the first step to implement the said decision, we appointed Shri Chakraborty.

Big change in Indian Football Administration is about to happen. We want to send advance Greetings to those who will take charge of Indian Football in the coming days, along with some messages to them. Many Bengali players who have contributed in the advancement of Indian football and served Indian football for long time, such as Bhaskar Ganguly, Manoranjan Bhattacharya, Prashant Banerjee and many others, are denied the respect they deserve by the Indian Football Federation or Indian sports. They did not get Arjuna or Padma Shri award. Their honor should be considered in the future.

At the same time, on behalf of East Bengal Club we want to request our football administrators to work with ex-players of Bengal and India - like Bhaskar Ganguly, Manoranjan Bhattacharya, Prashant Banerjee, Krishnandu Roy, Atanu Bhattacharya, Alok Mukherjee, Biswajit Bhattacharya, Manas Bhattacharya, Bidesh Basu etc - to determine the direction of Indian football in the future and to take Indian football forward.
Thank you