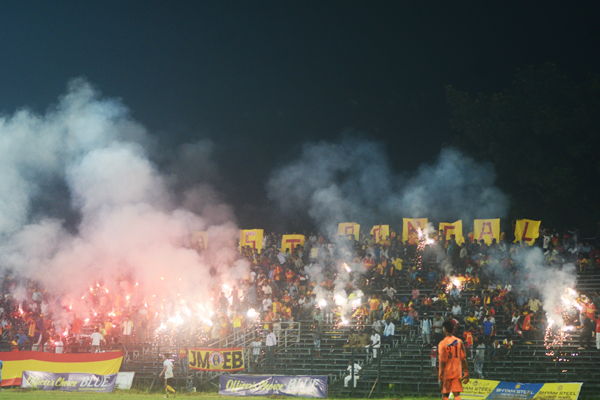 In the 35th minute of play, the red & golds striker Ronaldo was tripped inside the penalty box by Sujoy Dutta. The foul resulted in awarding a spot kick by the referee which Marcos converted with a clinical finish. East Bengal could have increased their margin in the first half itself had the players not squandered the chances that came in.

In the second half too, the red & golds missed a few chances and failed to increase the lead.

While East Bengal on one hand wasted one chance after another, Rainbow AC on the other hand could not exploit the opportunity. In the 71st minute Rainbow’s Felix Chidi’s shot struck the post.

With this win, East Bengal are now in second position in the league table with 17 points from nine matches. Samad Ali Mallick of QEB was adjudged Man of the Match.