Birth of East Bengal Club in 1920 was as dramatic as its rollercoaster ride for the last nine decades.

In the early part of twentieth century, football had been a popular sport among the Bengali youth - even more after Mohun Bagan's historic success in the 1911 I.F.A. Shield final. But "natives", as the Indians were hailed in those days, did not have the same privilege of the British and I.F.A. Governing body rules permitted only two Indian clubs in the First Divisions of the League. Indian clubs like Kumartuli (1917, 1918 and 1919) and Town were denied promotion in spite of topping the Second Division. Natives had to appease their appetite by playing in Coochbehar Cup and Trades Cup and it was the former tourney, which played a significant role in the formation of East Bengal Club.

On a humid afternoon on July 28, 1920 Mohun Bagan was scheduled to clash with Jorabagan in a Coochbehar Cup tie. The later took the field minus their star halfback Sailesh Bose, dropped for some unknown reason.

Jorabagan Club's Vice-President and Industrialist Suresh Chandra Chaudhuri pleaded for Bose's inclusion with the club authorities but it fell on deaf ears. A visibly annoyed Chaudhuri immediately severed all connections with his old club and formed a new one along with Raja Manmatha Nath Roy Chaudhuri, Sailesh Bose, Ramesh Chandra (Nasha) Sen and Aurobinda Ghosh. 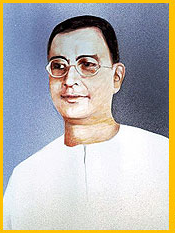 The new club established on 1st August 1920 was christened East Bengal as the founders hailed from that region of Bengal.

Incidentally Manmatha Nath Chaudhuri was the Maharaja of Santosh, now in Bangladesh, after whom the Santosh Trophy is titled.

Thereafter the founders debated intensely over the choice of colours for the club jersey. After a long search they opted for a red and golden colour shirt hanging impressively at the Whiteaway, Laidlaw & Co. Departmental Store at Chowringhee. These colours became permanently associated with the club.

The club played its maiden tournament in the same month of its establishment i.e. August 1920. The tourney was Hercules Cup, a seven-a-side competition that the club won without any Herculean effort.

The club set up its first managing committee with Prof. Sarada Ranjan Roy, Principal of Vidyasagar College who assumed the post of the President.

East Bengal never looked back after that. It did not believe in rising like a meteor, but dazzled like a sun in a blaze of glory, rewriting soccer history in the country over and over again. 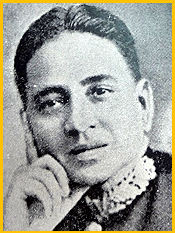 Gradually by dint of their performance, East Bengal entered the I.F.A. League's Second Division in the place of Tajhat Club. Mr. Suresh Chaudhuri used the good office of Raja Gopal Roy, Tajhat Club's owner, to secure the club's entry. East Bengal immediately made their impact by not only securing the third position in the Second Division but also went down fighting to Dalhousie A.C., a first division club, in the third round of I.F.A. Shield, only after the fourth meeting, under controversial circumstances.

The club's officials thereafter started hunting for a ground and soon found out that Mohun Bagan's partner in their ground was one National A.C. with root in Behala; it was already defunct and Bagan was having the use of the whole ground. East Bengal took up their claim with the authorities and despite their rival's protests became co-sharer of the ground in 1922. In those days the goal posts were placed East-West and East Bengal took possession of the half towards the Red Road.

1924 was an eventful year in the history of the club. Not only did they become Joint Champions of the Second Division but also the club contributed in a large measure by raising funds for setting up the statue of Sir Asutosh Mukherjee in front of C.E.S.C. office at Chowringhee. 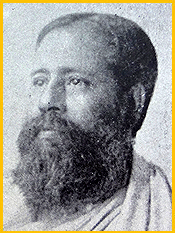 As mentioned, East Bengal was jointly tied at the top spot of the 2nd Division along with Cameroons "B"; but as the Cameroon's "A" team was already playing in the First Division, the mantle of promotion fell on East Bengal. Still the club's elevation was not as smooth as the I.F.A. Governing Body rules permitted only two Indians teams in the elite division and Mohun Bagan and Aryans already filled up the bill. It called for a change of rules and in the following Governing Body meeting, those who opposed the club's promotion were ironically the Indian teams Mohun Bagan and Aryans again. 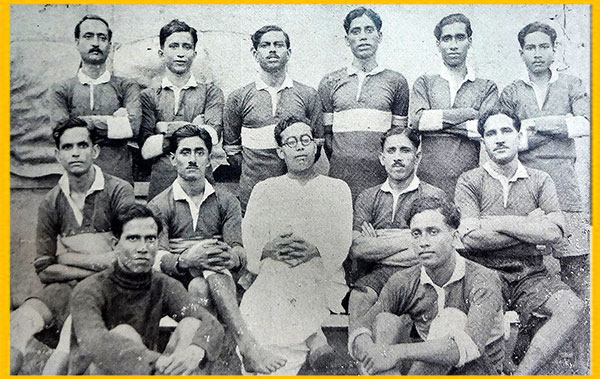 The remaining nine British Clubs conveyed their approval. Majority prevailed and East Bengal embarked upon their campaign in the Premier Division. The rule restricting the promotion of Indian Clubs was abolished due to the club's efforts. They had achieved what other Indian clubs, namely, Kumartuli and Town had failed earlier.